How online privacy issues is behind the success of DuckDuckGo 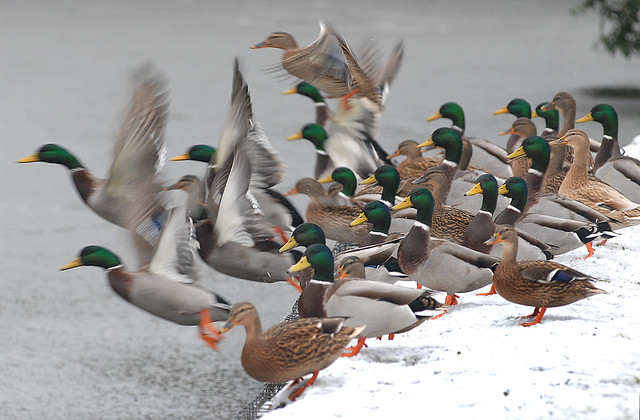 Supposing you are using a normal web browser and looking for a sensitive subject area, somebody in the online sense could be looking over your shoulder. Google’s personalised searches can be both a blessing and a curse; in the latter, Google’s record of your search history. Which is apparent whilst logging in to your Google account.

Challenging the might of Google is DuckDuckGo. The search engine name is derived from the playground game ‘Duck, Duck, Goose’. Founded in 2008, it started life in the basement of Gabriel Weinberg. The 29 September saw its launch.

In the following year, on the 22 January, DuckDuckGo vowed to refrain from collecting and sharing personal information. A commitment not only upheld since 2009, but key to its recent success as future events would prove.

By the end of 2011, DuckDuckGo outgrew Mr. Weinberg’s basement and moved to new premises in Paoli, Pennsylvania. November 2011 saw DuckDuckGo double its workforce with Caine Tighe its first official employee.

Another boost came courtesy of The Mozilla Foundation. Following peeves over Google’s privacy issues, Google was ditched as a default browser on all versions of Firefox since November 2014. This helped to see a rise in the number of daily searches to 10 million. Though it is nothing compared with Google’s figures, we have Edward Snowden and Firefox to thank for raising its profile.

A look at DuckDuckGo

On firing up DuckDuckGo, the first thing you’ll notice (besides the cute little logo) is its clean layout. It is more minimalistic than Google’s first page with more options available from a top right sliding menu. On entering your desired search term, you will find a distinct lack of sponsored links.

The main search screen, and DuckDuckGo’s results in relation to a famed Manchester group formed from the ashes of Joy Division.

At the bottom of each result is the Favicon (Favorites Icon) graphic followed by its domain. To denote a previous visit to a given site, a grey circled tick box (though not seen in this above example) is seen on the left of each result.

Just below a selection of images on the top right, you can tweak your results to best suit your desired country.

As well as standard web search results, DuckDuckGo’s other search functions are available for:

Their image search pages are just as spiffy too:

Again, it seems to be more minimal than Google’s effort. Just as intuitive. Where DuckDuckGo steals a march on its bigger rival (besides its privacy options) is Meanings.

The Meanings section enables you to find the definition of your keyword phrase. Entering ‘New Order’ not only gives us the Mancunian group but other permutations by cluster. For example, under ‘Television’ or ‘Politics’ followed by a number of definitions available within each one (in superscript style).

Audio search returns a mix of web search results and links to audio files. Again, using our favourite new wave group as example, it returns their most revered songs. Which in our case is Blue Monday, Love Vigilantes and True Faith.

As you would expect with search engines these days, searching for anything with suitable phrases scratch the surface. Like Google, DuckDuckGo enables you to do currency conversions and switch from imperial to metric units with a straight answer.

If the person you’re searching for happens to be in the news, DuckDuckGo also returns the Top Five articles affecting him or her. If he or she has published a book, their works will appear at the top of your browser window.

If you value your online privacy it is a good alternative to the world’s most popular search engine. If you don’t have a Google Account nor have the inclination to sign up for one, I would strongly consider DuckDuckGo as a first choice search engine.

It is easy on the eyes, lacks distractable features and has a well thought out colour scheme. If desired, you too can change the text colours and backgrounds from a choice of four schemes.

With continued threats to online privacy being made by governments and hackers, we need DuckDuckGo more than ever. We like it for its user friendliness as well as its stance on web browsing and protecting its users.